IT IS OFTEN SAID THAT “THE EYES MIGHT BE THE WINDOW TO THE SOUL, BUT SHOES ARE THE WINDOWS TO EVERYTHING ELSE.” IN SPITE OF THE FACT THAT SHOES ARE MADE FOR WALKING, THEY MAY ALSO WORK AS EXTENSIONS OF OUR CHARACTER, personality AND IDENTITy.

Since the root of every extraordinary endeavour begins at the feet, a legitimate choice of footwear is of extreme importance. The shoe you choose to wear can undoubtedly be the game-changer to your outfit. It’s the one decision that could make or break your look, in seconds. At the end of the day, although a man could carry the world on his shoulders, it’s the shoes that carry the man.

TYPES OF SHOES FOR MEN 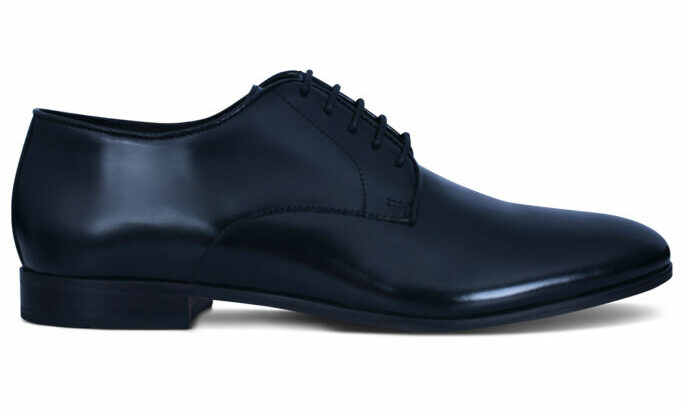 There’s rarely a situation in which a Derby is the wrong footwear choice. The Derby, also known as the Gibson or Blucher, was initiated in the 1850s as a sporting or hunting shoe. It has open-lacing to the upper with it’s facing sitting on top of the vamp, allowing for a wider fit – making it perfect for those with a high instep. The adjustable fit and pieced construction differentiates itself from Oxford shoes which have a closed lacing framework.

In the 21st century, no gentleman’s wardrobe would be complete without a classic Derby included in it. Adapting perfectly to a busy man’s footwork, the Derby is now a real man’s ideal go-to shoe. 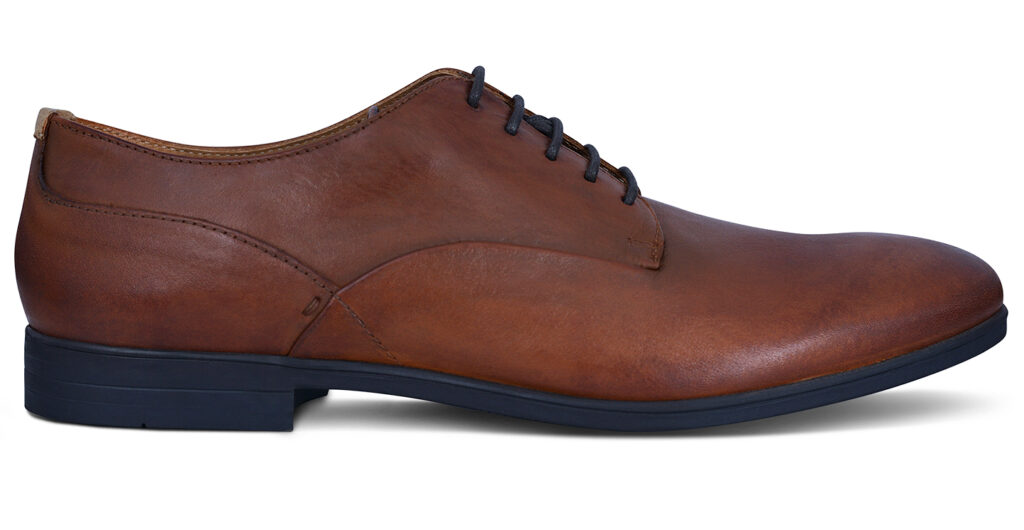 They are suitable for formal occasions and can be partnered with a suit. However, their sleek yet simplistic appearance also lends itself well to casual and smart casual outfits. As such, Derby shoes can work just as well with a pair of jeans as they can with wool trousers. All you need to do is select the right pair for your needs. While black and brown leather varieties appear traditional and sophisticated, suede designs, brogue styles, and derby boots often seem more relaxed. 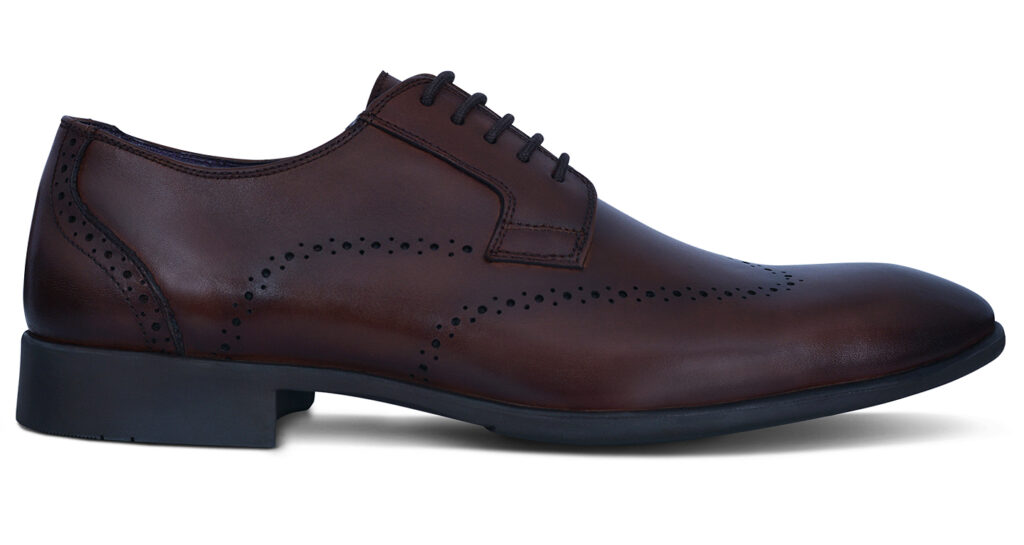 The Brogue was conceived as a far more utilitarian shoe back in the day. The holes and perforations in brogues were originally there to help drain water after crossing bogs and swamps in muddy Ireland. Today, we think of the brogue with a little more respect. 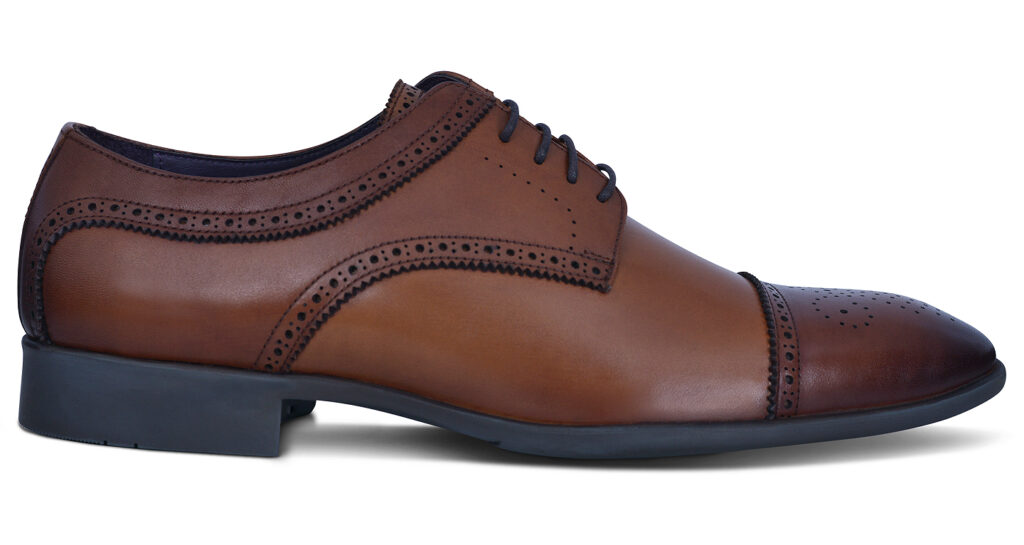 Opt for dark brown brogues for formal occasions and lighter brogues for casual days. Black brogues work best with a suit but don’t get carried away and wear them to a black-tie event. When buying brogues remember as a rule of thumb, the more broguing on the shoe, the less formal it is.

Originally of Scandinavian origin, the dressier version of flip flops, Loafers have developed to adjust to any type of fashion be it smart, casual, outdoor or lounge-wear.  Its slip-on functionality and aesthetic versatility make it a quick hit for the businessman by day and partygoer at night. Its solace, appearance, and flexibility are just coordinated by how easily they slip on, thus qualifying to be a staple in any man’s shoe wardrobe. A favourite shoe style for Sri Lankan tropical summer weather, the Loafer’s effortless appeal makes it the most comfortable shoe there is.

For a business dress, opt for a tassel loafer to pair with your suit. To give your look an upgrade for the weekend, pair a penny loafer with chinos or denim to redesign your easygoing jeans but be mindful about the top you choose to wear with it, a basic white T-shirt will simply look odd. Attempt a smart fitted shirt. Want to radiate that laid-back vibe? Try some dark brown Penny loafers and combine them with jeans. A pair of brown loafers will suit a range of palettes and will work for both casual and formal looks. When choosing pants to wear with your loafers, make sure they aren’t too long because it’ll cover the top of your loafers, ruining your style. The most ideal alternative is to go for pants that end around the ankle. Lastly, loafers can be worn with or without socks. If you’re opting for loafers with socks, don’t choose black. Just try it and you’ll know why. 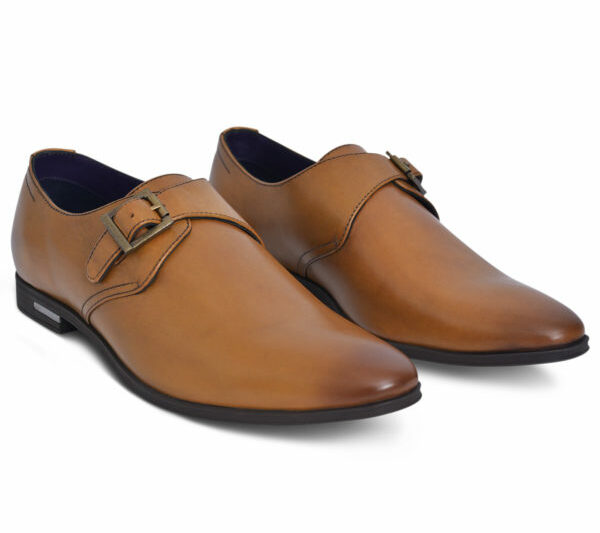 Named after the monks who originally donned them, the Monk Strap is similar in shape and construction to the Derby, but replaces the eyelet closure with a band of leather, fastened at the instep with a buckle. Popularised in the 1920’s, the monk strap shoe is one of the most enduring footwear styles of all time. Classy yet fashionable, they can be slipped on and off and are perfect for the lace-adverse gentleman. The finely crafted nature of the monk strap lends it a dash of formality with a sophisticated note. Meanwhile, the straps themselves add a tone of playfulness to any outfit. 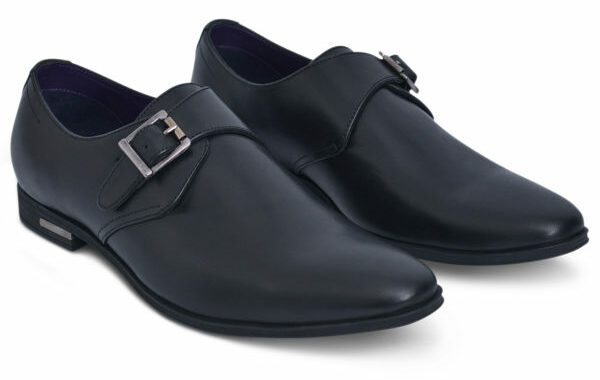 A classic alternative to an Oxford or Derby, the Monk Strap is often worn as a statement style and can be paired with denim or formal wear, depending on the design. There’s nothing better than your Monk Strap that can smarten up casual looks as well as allow you to make a statement with business attire. For a fun party or relaxed wedding, look opt for double monk straps. Save black leather single monk straps for black tie dress codes paired with a black suit, Oxford shirt, and tie. Don’t wear socks when teaming monk strap shoes with shorts. For business or formal attire, the cleaner silhouette of the single monk strap works best. 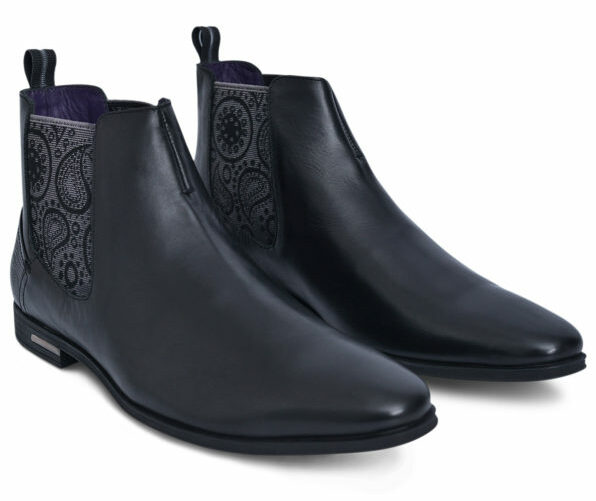 Born in the Victorian era as a practical alternative to the rigid, laced boots of the time, the Chelsea Boot’s classic style has transcended fashions through the decades: from adoption as the Paddock Boot by equestrians to rising in popularity among rockstars. Characterised by its elastic insert which allows it to be slipped on and off with ease, not compromising the refined silhouette, the Chelsea Boot connects the vamp and the quarters near the ankle rather comfortably. 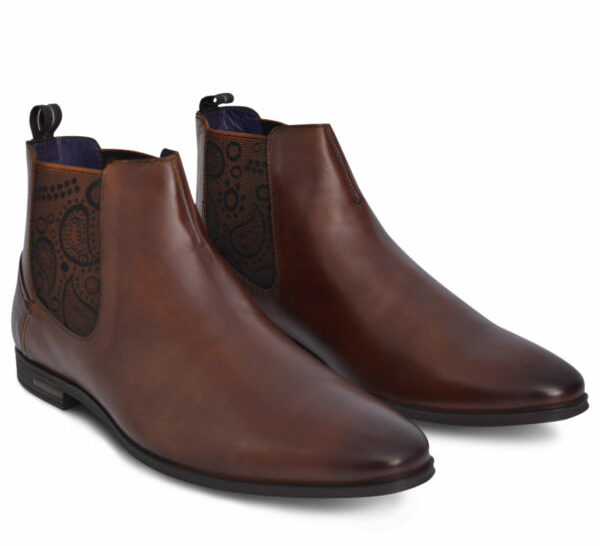 Best paired with slim trousers or turned up hems that leave a gap to show the shoe in full. Lend an edge to traditional suits with classic, leather-soled styles or pair a rubber-soled, brogued version with turned up jeans and a chunky knit to add refinement to your weekend style. The comfort in walking in a pair of Chelsea boots is inexplicably alarming for all the good reasons.